A Comprehensive Definition of swift

Getting Familiar with an International Bank language

International electronic transfer systems are as significant as, and sometimes more important than the local systems. The most advanced countries are increasingly and quickly adopting electronic fund transfer methods and forsaking the old methods. If a country is going to do transaction with these advanced countries it should be equipped with new systems of e-transfer of fund.

International transactions and payments nowadays are being done at least in two ways: international credit/debit cards; and SWIFT.

Swift is an international financial network which provides particular facilities and services through its more than 10000 financial institutions and computer centers in different countries. This multi-users system and its institutions are governed like a cooperative society and the member banks hold share and benefit from its profit.

Another definition says: SWIFT is a network which is currently communicating the financial messages between members and other users of 163 countries. Payments can be done through institutions which use SWIFT.

The SWIFT message can be used to confirm the details of a contract between two parties. It also can be used for foreign exchange.

Nowadays, the SWIFT network which may even act in the role of deposit in local banks is a secure and reliable way for purchase order and sale.

The primary purpose of SWIFT was to substitute old and non-standard system of telex and paperwork with a new standard model.

Before the emergence of SWIFT, cross-border payments were neither secure nor reliable and standard; as a result the need for a new international financial system with which the transactions could be secure, reliable and standard was strongly felt. So the representatives of 239 banks from 15 countries got together in Brussel, Belgium to find a comprehensive solution. Many studies were done by these banks the purpose of which were facilitating communication all over the world and creating a common standard language for international financial transactions. With representatives from 17 countries and 50 customers, the SWIFT was established in 1974. Security and credit rules and regulations of SWIFT were put forth in 1975.

178 countries and 600 banks and financial institutions are currently member of SWIFT network. The headquarter of it is located in Belgium. There are some Customer Support Centers in United States, Netherland, Hong Kong, and Britain.

Significance and Advantages of SWIFT

Today we cannot imagine a world without SWIFT. In absence of SWIFT most of the international transactions would be almost impossible. Here we are going to examine main advantages of SWIFT network; almost all of them are product of Information Technology.

Before the emergence of SWIFT, financial messages were transferred through telex and the sender usually created the message based on his/her own understanding of the subject. But the clear and user-friendly syntax of SWIFT language has made it easy for receiver to understand a message.

All the messages are transferred through network and receiver will receive it within a matter of few seconds.

All kinds of coding and decoding of the messages are done by network system with no human interference. That’s why the users trust it.

Now in 2019 SWIFT has spanned its services to more than 200 countries and more than 11000 financial institutions are connected to its network.

The SWIFT message and transfer services have reduced the cost of any international financial transaction and cross-border payment to less than one third of the cost of old telex system. This process has been continued and for instance the financial messaging cost has reduced by 50% between 2010 and 2015.

The customers use SWIFT network system to transfer huge amount of money, so the security of this network is of high significance. Using its own private network and highly advanced hardware and software systems, SWIFT has been able to cover all the security considerations of its customers and users.

Services and Users of SWIFT

Users are also important part in SWIFT.  We can classify the users of SWIFT into 3 categories: SWIFT is a secure and reliable network for its members. According to rules and regulations of SWIFT, a member of SWIFT should be either a bank or a financial institution which has bought shares from SWIFT. Any applicant will first fill an application form. After acceptance of membership, some parts of special equipment will be provided by SWIFT and other accessories will be provided by applicant. Usually any country whose messages have reached a particular limit which could be economically justifiable can create a base for accessing SWIFT or SAP whose cost will be paid by SWIFT.

One of the highly important matters in SWIFT is communication lines. The lines for connecting to SWIFT network are generally categorized into 3 groups:

From a security point of view, having access to SWIFT information in financial institutions is classified, i.e. the users will access to information of SWIFT network according to their needs and status. Coding the information will be done by network itself which will be in the form of information packages (Protocol X. 25) and the user members have no role to play in it. The procedure is such that one operator controls the financial message and the other operator will confirm and send it.

The software which was previously used for SWIFT was ST400 which was working under VMS, but the currently used software is SWIFT Alliance which works under Windows NT or Windows 2000. Any mistake or damage in equipment will cause the network support center (the support center of Iran’s SWIFT is located in Netherlands) to initiate safety and precaution signals. Generally, after the financial message has been sent, if the balance of account is sufficient the information will be received and the confirmation message will be sent, then the account will become debtor, but if the balance is not sufficient the message will not be confirmed and a deficiency message will be sent.

Let us explain the mechanism of SWIFT in brief:

Assume a seller and buyer which are using IDENTRUS issued by their banks are going to do a deal through internet. So the following steps will be done.

Based on their functions, the SWIFT Messages will be categorized to different formats. According to specified standard in this system, a specific code is given to each message. There are currently around 250 code titles which will be classified into 9 groups. These codes are in the format of number and they are usually called MT. the first figure of this code numbers corresponds its group. For example the message 103 and 192 belong to group 1, and message 700 and 740 belong to group 7. These code numbers are defined contractually and each code refers to one kind of SWIFT Message, which is used according to its globally specified definition.

Classification of SWIFT Messages is as follows:

Group4- Payments related to collection of cheques or bill of exchange

As you can see above, groups 7 and 4 are particularly about commercial activities; nevertheless the group 1 can also be used in more simple payments like open account and prepayment method.

There are 29 kinds of messages within group 7 and most of these messages are about LCs’ procedures. The most important, most detailed and mostly used SWIFT Message in this group is message 700 which is meant for issuing and advising the LCs. This message is provided by issuing bank (the bank issuing LC and responsible for the payment) and is sent to advisor bank in order the message to be advised to seller. Some of the most important SWIFT Messages are as follows:

Due to high importance of opening a LC for buyers and more particularly for sellers, we will explain all the content of a SWIFT Message for opening LC, MT700. All the SWIFT Messages have several parts which are called field. These fields have been designed based on a standard format and have the same application and meaning in the all banks of the world. All the fields have been specified with some digits and letters. It should be notified here that there is no need to memorize all the fields, but all the parties of LC (buyers, sellers and their respective banks) should be informed that when referring to a particular field, they are actually denoting the same part of the same message. The SWIFT Message for opening a LC has got 38 fields from which 10 are grouped in mandatory fields and the remaining 28 fields are optional and if necessary, should be filled according to purchase order, type of credit etc. the mandatory fields are as follows:

It should be mentioned here that fields of LCs are in English language and will be filled based on predefined standards. In filling these fields, the issuing banks should according to contents of pro forma invoice and Order Registration, give priority to LC’s issuing application forms which have already been completed by buyer. 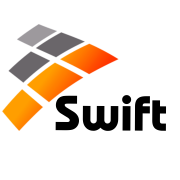 History of SWIFT - Advantages and importance of SWIFT 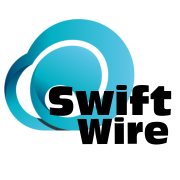 What Is The SwiftWire?

Want to join the discussion?
Feel free to contribute!

What is swift MT799 (swift messaging types)?
Scroll to top